A combination of Roy Lichtenstein, South African slang and upcycled design. Yameng Li has reimagined a simple recycling idea into a work of art, by painting this unique tyre chair in collboration with Tyred, at the Design Indaba Conference 2010 in Cape Town. 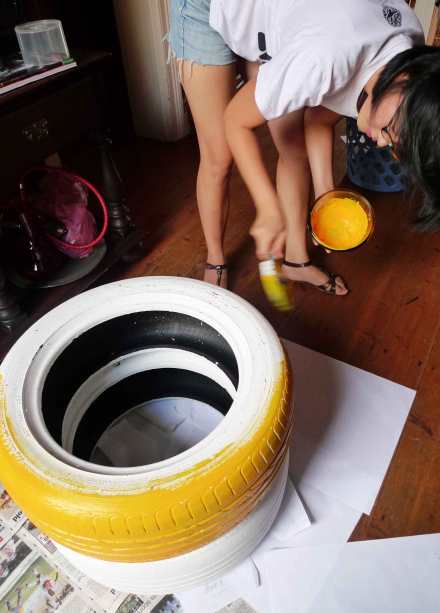 The London based salvage and design company, Retrouvius, have found some beautiful things recently, acquiring a number of great pieces ranging from antique chairs, exotic rugs to a pair of striped barber poles!

Here are the objects that caught my eye, for more information have a browse through their new stock on their website 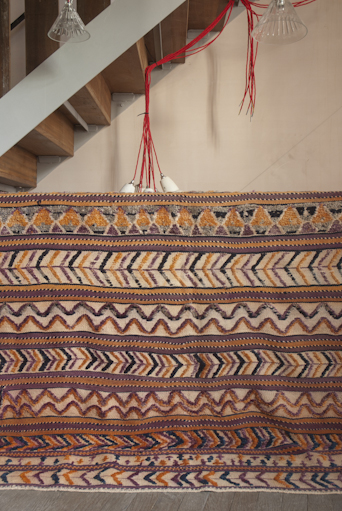 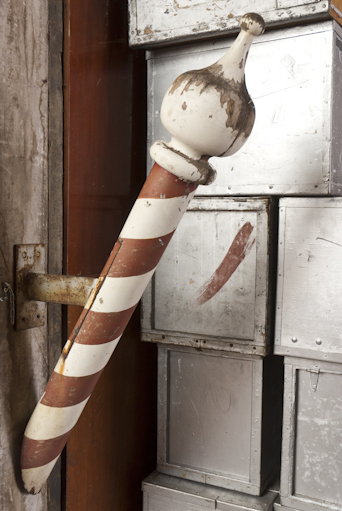 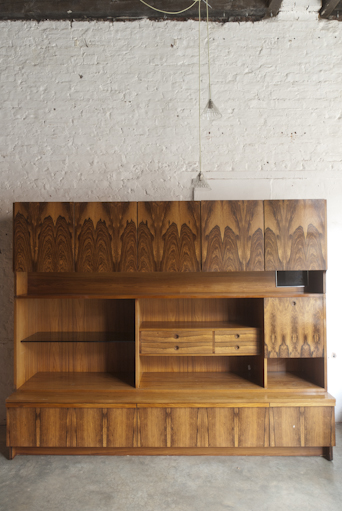 If you’re looking for a place to have a little rest and bit of a sit down then where better to be than in a room full of furniture and fancy designs. 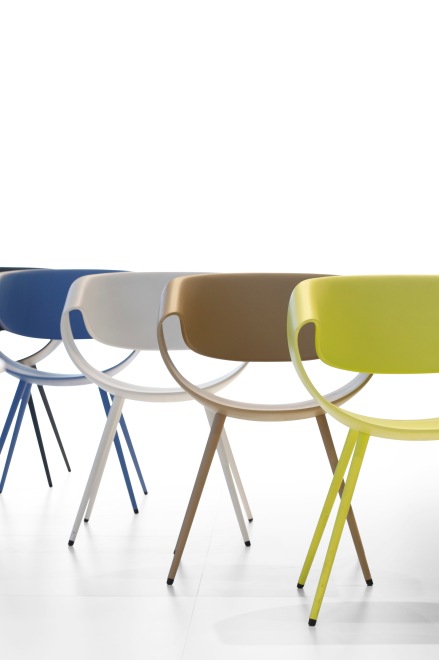 You may wonder why most people seem to be standing or walking around browsing at design events when there is such an abundance of seating options. 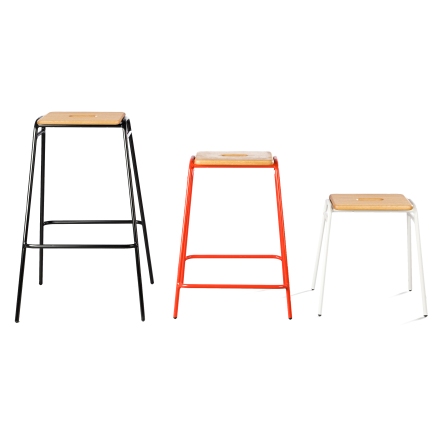 Nevertheless here are some interesting and stylish chair models by a number of designers exhibiting at Clerkenwell Design Week. Today is the last day, so make sure you pop by if you haven’t already. 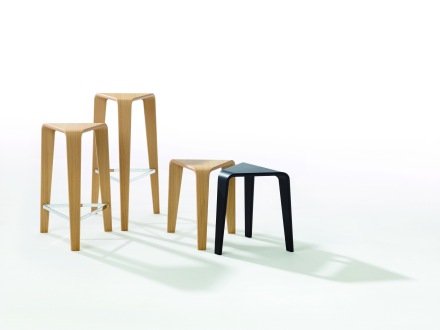 Gallery Libby Sellers was launched in 2007 by the former senior curator of the London Design Museum, in order to offer a platform for the support and promotion of progressive and critical design in a gallery context.

The current exhibition –‘8 Chairs’ by London-based creative duo Clarke & Reilly is a poetic travelogue documenting the journey of these chairs through extreme weather conditions. The redefined forms were installed on the rooftop of a Peckham building to expose them to the icy winter before being transported to the scorching California desert. The consequences of such extremes, all documented through film and photography, are also displayed in the Gallery. On their return, each chair underwent their own final process, informed by their individual response to the whole experience. 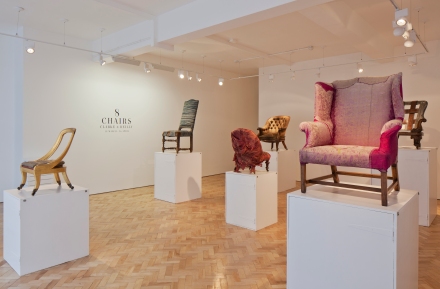 Clarke & Reilly describe their style as ‘unashamedly romantic and tirelessly imaginative’, and are known for applying an original perspective to ‘lost’ pieces of furniture using a narrative, historical knowledge, craftsmanship and a rarified sense of colour to redefine the work. 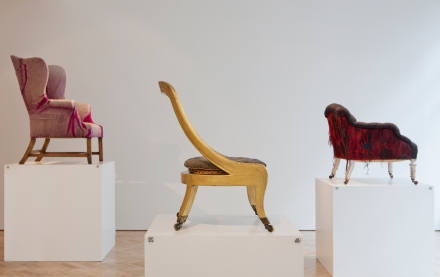 ‘8 Chairs’ exemplifies this reverent attitude towards design as each of the historical chairs, selected to represent a specific character in the artists’ minds, has been reinvented, often using period and ancient fabrics. 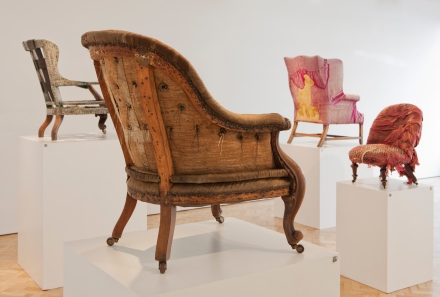 Clarke and Reilly, otherwise known as David Grocott and Bridget Dwyer (born 1964 and 1967), have been collaborating as an artist duo since 2005. Bringing together their backgrounds in fashion (Dwyer) and antique furniture (Grocott), they create unique objects that convey their nostalgic, romantic, and slightly eccentric aesthetic. 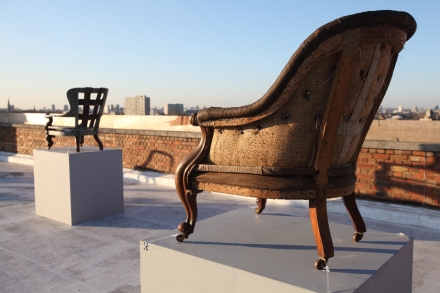 Dwyer and Grocott currently live between London and Los Angeles and their works are in collections worldwide. The exhibition will run until the 26th of April.

I visited 19 Greek Street a new gallery space in Soho at the weekend as part of the London Design Festival. This exhibit of a ‘living’ chair structure was fascinating. The chair is positioned in a greenhouse complete with soil.

Studio Aisslinger describes the exhibit as the beginning of new life:

“This laboratory-like stage setup promises to be as spectacular as watching a dinosaur hatch from its egg: A chair is born from a steel corset! The only difference to the egg-comparison is the fact that the shell of the “chair farm” prototype is inside the chair’s structure instead of being outside.”

After the removal of the metal structure – described as the “corset”, the unique chair is revealed. The greenery has grown into the mould to form a structure akin to a chair.

“The chair is no longer produced in the classical sense of the word. Instead, it grows of its own volition in a greenhouse or on a field. When it has reached maturity, the steel corset is opened and removed, revealing a naturally grown chair. The title of the project by this Berlin-based designer, who imagines huge “product plantations” in the future, reflects this utopian means of production: the “chair farm””. 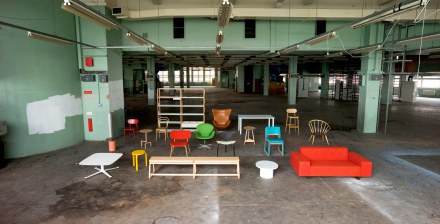